Java is a world-renowned computer programming language built on the reputable C++ programming platform. Founded in the 1990s by a team led by James Gosling of Sun Microsystems, it entails writing computer-based instructions using English-based commands. This advanced language substitutes numeric codes which can be easily understood and interpreted by humans for easier and faster program preparation. 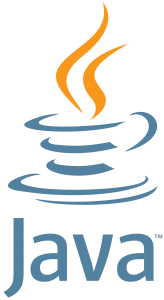 Like any other language, Java has a set of guidelines, known as syntax, that detail how instructions are prepared. Within this versatile programming language, once a given program is written, the advanced instructions are thereafter converted into numeric-based codes that the computer can comprehensively interpret and execute. Formerly known as Oak, it was initially designed for portable devices and came with high levels of security.

Java incorporates new ideas on the powerful C++ making it a programming language that is easy to use. To counter the occurrence of errors emanating when creating a program, it offers an object-oriented programming feature where data and its subsequent conversion to coherent information, are assembled in one locale making it highly stable. Its portability and cross-platform nature make it executable on any machine irrespective of its operating system.

The release of Java 1.0 in 1996, heralded a monumental shift to its use on the internet platform. Over the past two decades, a variety of updates have been unveiled such as J2SE 1.3, J2SE 5.0, Java SE 8 and Java SE 10. These have provided a unique and highly interactive platform where developers can produce animated web pages. Having secure, easy-to-use, stable and platform independent features, computer programming has never been more enjoyable.